Morocco is located in Northern Africa and its borders Algeria and Mauritania.

One of the most interesting facts about Morocco is that it is the African country closest to the European continent.

Morocco and Spain are separated by the Gibraltar Strait only at a distance of 14 km (8.6 miles) from the areas near Algeciras and Tarifa to Tangier in North Africa.

From south Spain in Tarifa you can look and see Africa and one of the most interesting ways of getting into the country is taking the epic boat from Europe to Africa.

During several centuries, Morocco had several different king’s dynasties. Many of them moved the capital from city to city, creating a net of distinct imperial cities.

Although many cities in Morocco actually have Royal palaces, only Marrakech, Fez, Meknes and Rabat were actually chosen to be the capital of the Moroccan Kingdom. If you’re into palaces, monuments and impressive Medinas, all these Morocco Imperial Cities offers great cultural and historical escapades.

Moroccan history is undoubtedly rich and full of peculiar aspects. Spread around the Moroccan territory, you can visit quite well preserved UNESCO locations. 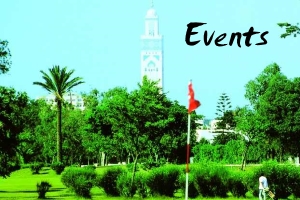