The Arabic language is a Semitic language that differs from region to region within Arabic speaking countries and the Official language of 25 countries. Arabic cans usually be separated into three main variants: Classical Arabic, Modern Standard Arabic and Dialectal Arabic.

In Morocco, although official government communications and other public medias use Modern Standard Arabic, the language spoken by Moroccans is called Moroccan Arabic, or, also known as Darija.

This language is quite different from the Modern Standard Arabic and can be quite hard to express yourself on the streets if you don’t know some words in Moroccan Darija. To learn French is also a good idea, just at least a few words to get you through while in the country.

On these following pages, 31BEST will try to give you a glimpse of what Darija language is all about hoping you can practice it next time you visit Morocco. We will try to teach you the basic words of Moroccan Arabic, plus, we will teach how to write Arabic.

Learn how to write Arabic with us with a step-by-step guide to Write Arabic.

This video offers a Moroccan Arabic vocabulary lesson which contains 160 most commonly used words in different topics such as: numbers, colors, phrases, nature, questions and much more. Try to memorize all of them, because they’re all important.

Learn How to Write Arabic

Quick information on the Arabic Alphabet

Question 1: What do you mean some letters connect and others don’t?

While writing in Arabic, some letters don’t stay attached to the following letter inside the word. Like per example the word BAB in Arabic means DOOR in English. The letter B connects to A, but A doesn’t connect to B. So for first lesson you have letters B + A, see below please.

As you can notice, you have one A, two AA and three AAA. As you see, letters don’t really touch each other. So, this is what I meant by saying that some letter don’t connect to the following one.

Letter B in Arabic

Letter B, BB and BBB. You can notice that letters do connect and touch each other while writing, contrary to the letter A.

Please remember that the Arabic alphabet is written from right to left. Here you can notice that B connects to A; A doesn’t connect to B and then, the last B alone, to finish the word BÂB – DOOR in Arabic. The letter Â is a long sound of A. So you almost read it like doubling the sound of A. BAAB = BÂB. Simple.

Letter Q, QQ and QQQ. This specific letter as a very distinct sound. The letter Q in Arabic is one of the most difficult in the Arabic Alphabet. You have to say Q but coming from the throat and almost choking.

Letter L, LL and LLL. This letter in Arabic has the same sound as the L in English. Nothing difficult.

Please remember that the Arabic alphabet is written from right to left. Here you can notice that that all letters connect to each other. Q connects to L; and L connects to B to finish the word QALB – HEART in Arabic.

Letter W or U in Arabic

Letter W, WW and WWW. As you see, letters don’t really touch each other. So, again another example of a letter don’t connect to the following one. Very important to know about this letter is that it sometimes takes the sound of W and sometime the sound of U. This is what we call in Arabic teaching, a semi-vowel; a letter with the characteristic of being a consonant and a vowel.

One A, two AA and three AAA. As you see, letters don’t touch each other.

Letter SH, SHSH and SHSH. This letter in Arabic has the same sound as the CH in English but without the T (as you know that CH in English is read TCH. Hum, yes! Try to SHHHH! like you want to someone to shut up, that sh is the one from the letter SH in Arabic.

To be continue soon… Please add this page to your favorites and come back later. 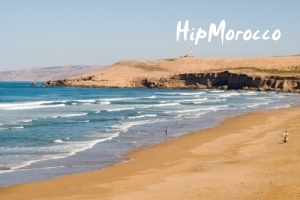